White-tailed deer hunting seasons are the same for residents, non-residents and foreigners.

Archery has two seasons. The first is 16 days, from the first week of September to the end of the third week.  The second season is three weeks, from the last week of October to the middle of November.

Rifle season is two weeks as well, from the middle to the end of November.

Fisher River Outfitters is licensed to outfit for deer, but does not yet have any non-resident allocations due to the moratorium instituted in 2014.  Once the moratorium is lifted, Fisher River Outfitters will offer non-resident deer hunting packages in GHAs 21, 21A and 25A. Resident deer hunting packages are considered in the future.

Leon Sinclair Outfitting holds an allocation of five non-resident white-tailed deer licences for GHA 21A. These are offered in conjunction with the Fisher River Outfitters packages. Package price are $3,000.00 for a six day hunt.  Included in the price are: 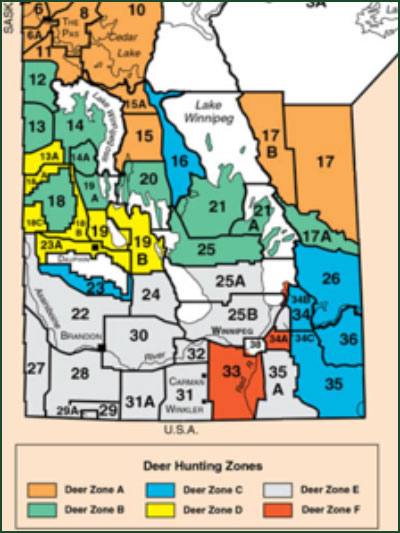 NOTE: Any meat or hide from deer that the client does not want to take with him or her are distributed to Fisher River Cree Nation community members.